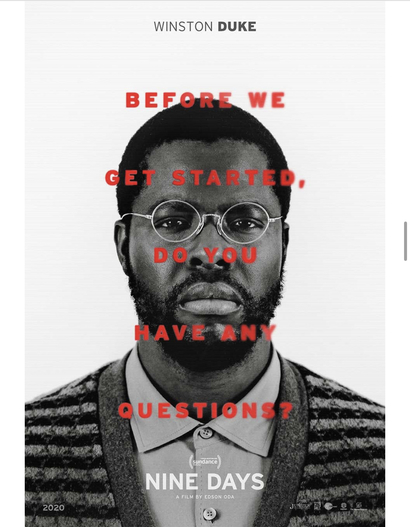 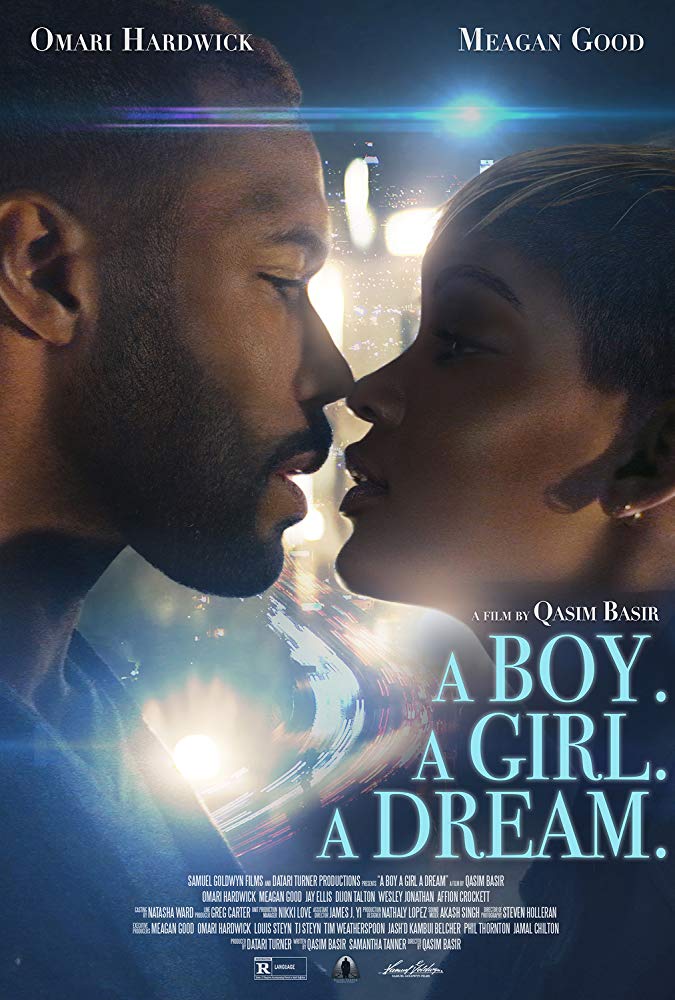 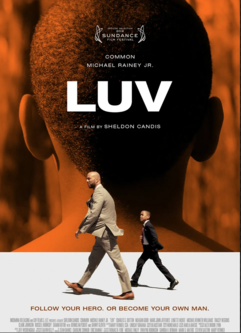 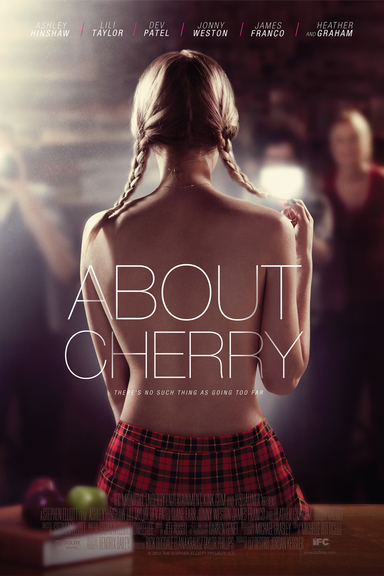 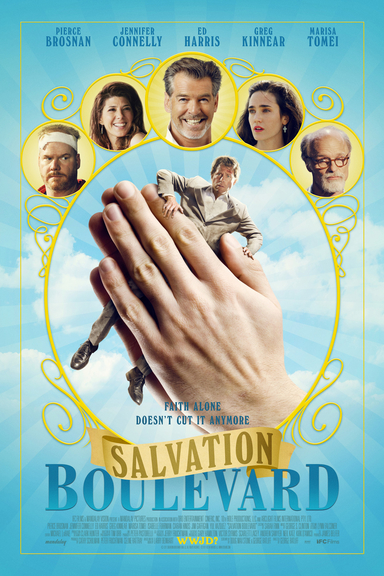 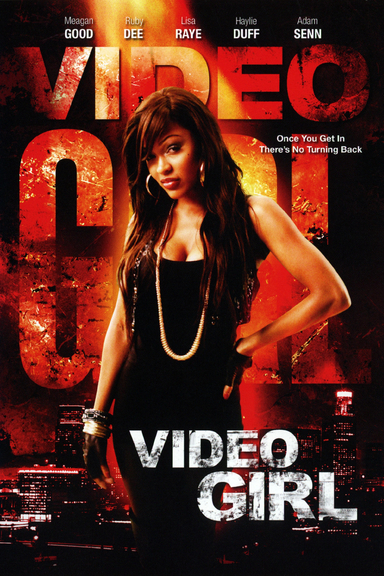 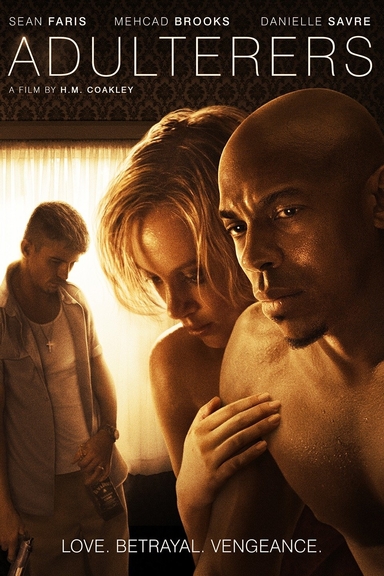 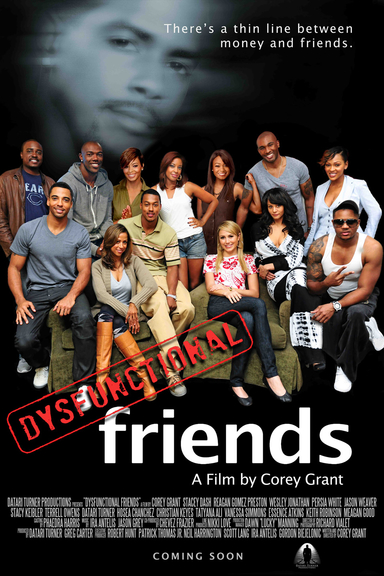 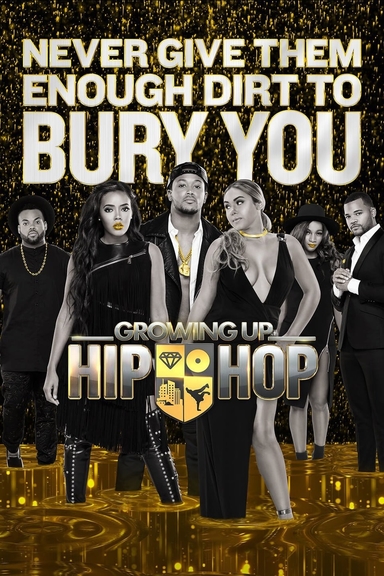 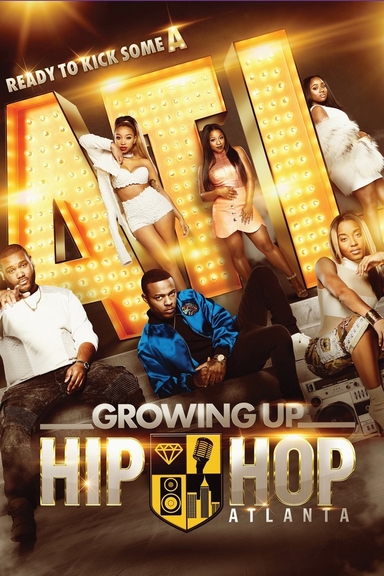 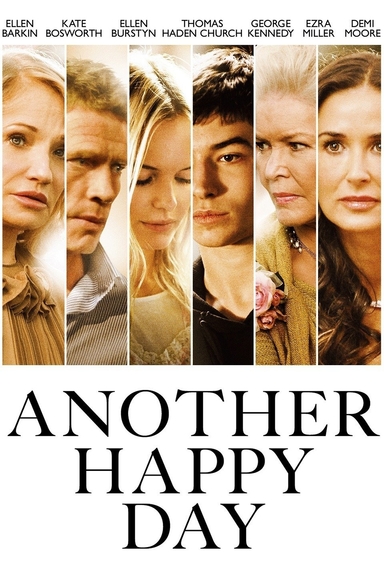 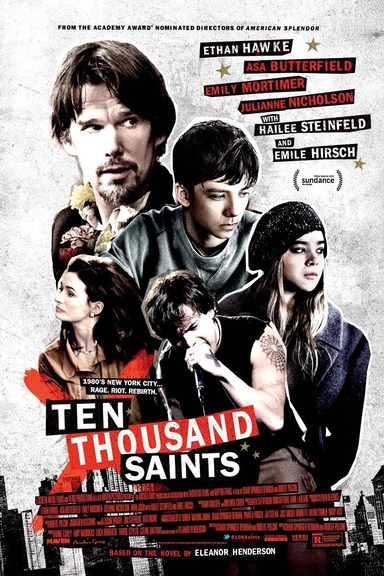 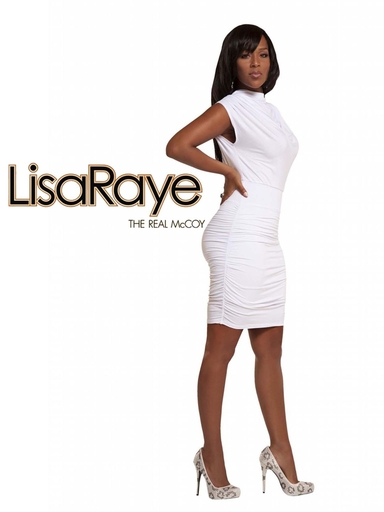 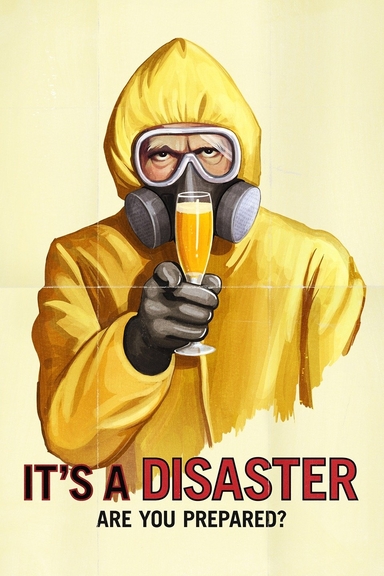 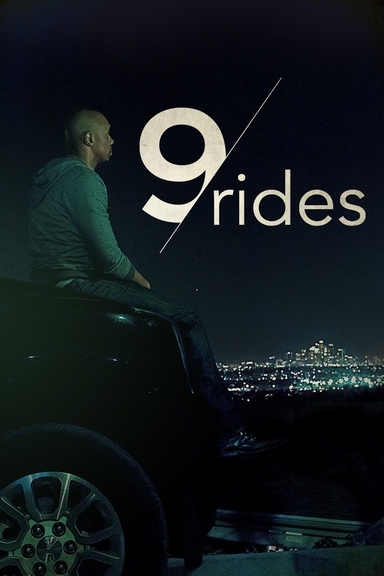 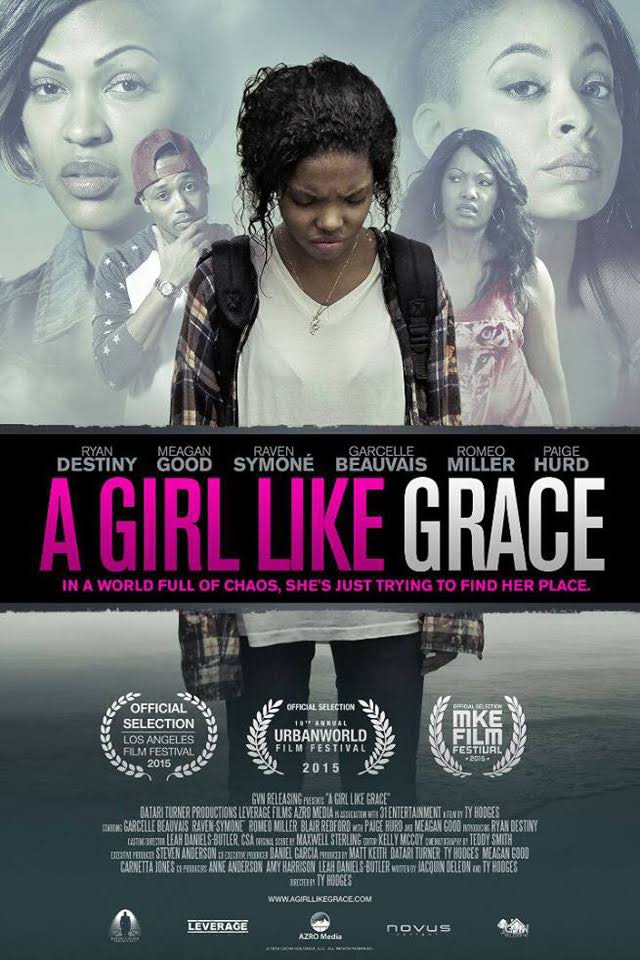 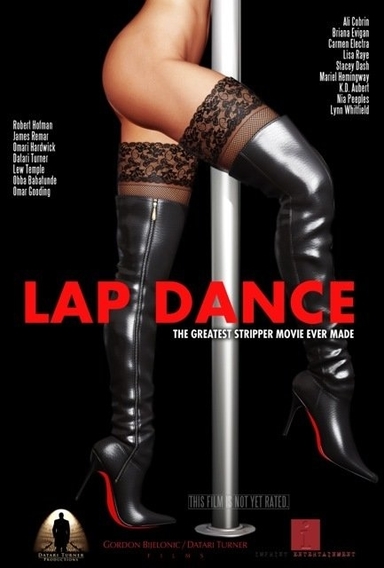 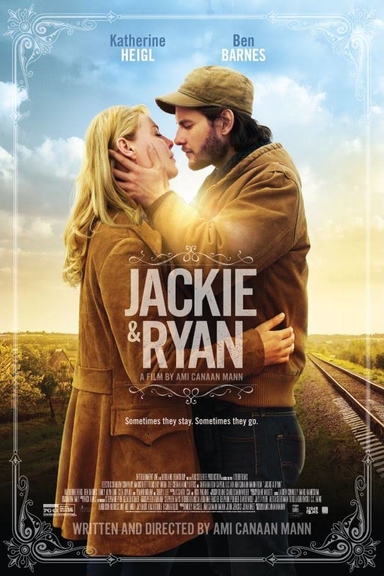 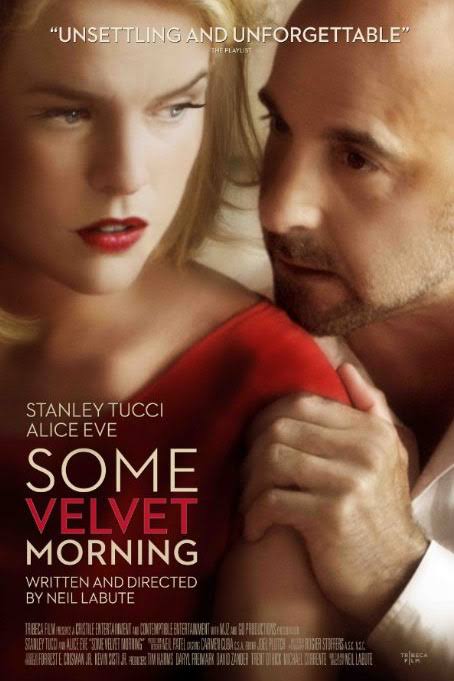 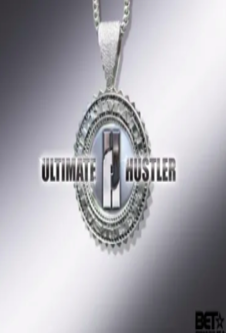 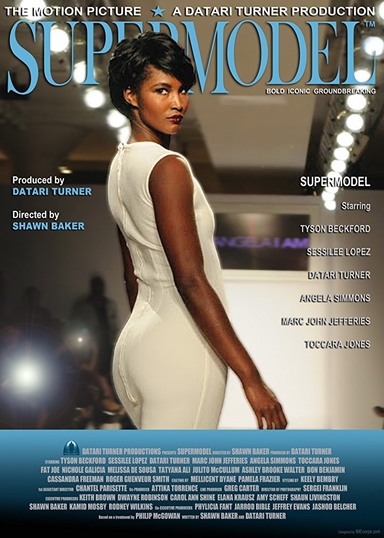 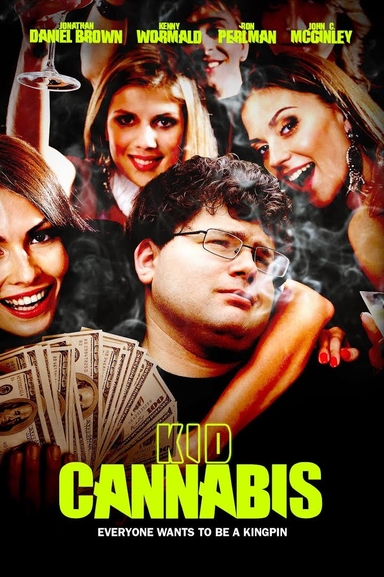 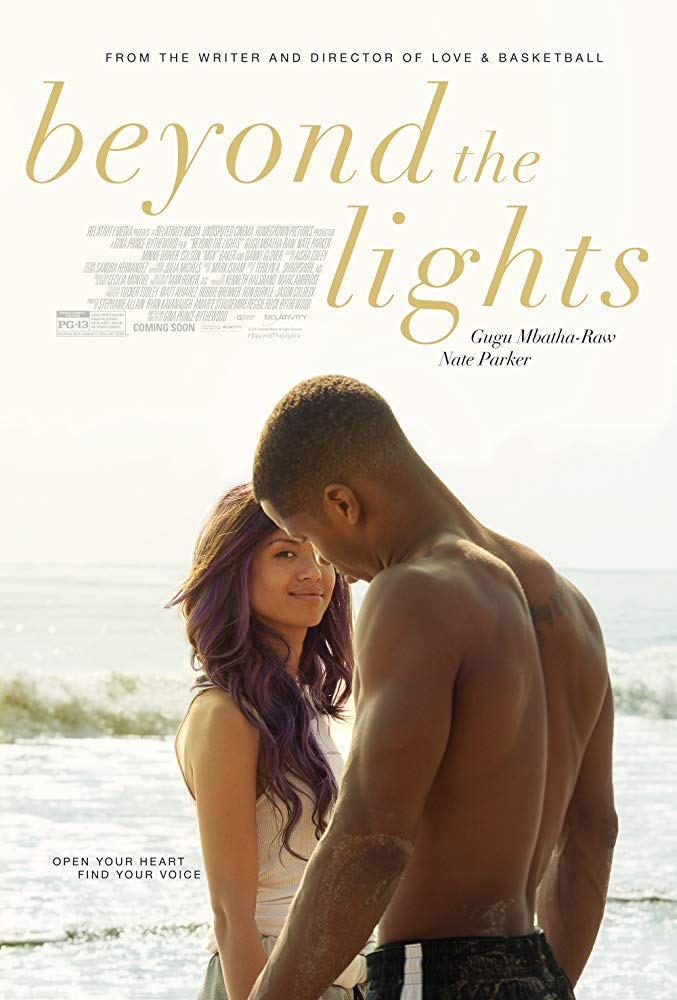 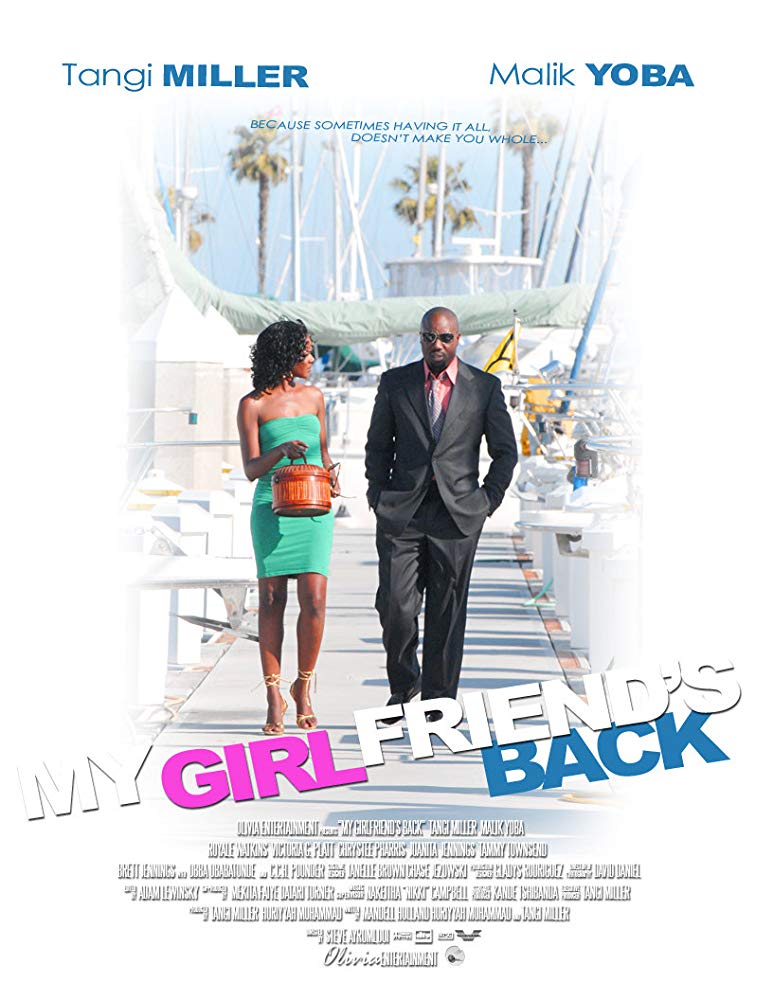 A reclusive man conducts a series of interviews with human souls for a chance to be born.

On the night of the 2016 Presidential election, Cass, an L.A. club promoter, takes a thrilling and emotional journey with Frida, a Midwestern visitor. She challenges him to revisit his broken dreams - while he pushes her to discover hers.

As Tonya Keating grapples with the innate knowledge that her death is imminent, she is compelled to let go of the past and reconcile with her estranged twin sister.

LUV premiered at Sundance Film Festival in 2012. LUV, produced by Turner, starring Rapper/Actor Common, Danny Glover, and Dennis Haysbert, premiered at the Sundance Film Festival to rave reviews and opened in theaters across the country in January 2013. Accompanied by his young nephew (Michael Rainey Jr), an ex-convict (Common) tries to raise money throught a drug deal.

While working on “LUV” Turner also produced About Cherry starring Academy Award nominee James Franco, and Dev Petal, who starred in the Oscar winning film “Slumdog Millionaire.” “About Cherry” premiered at the 62nd Annual Berlin Festival to critical acclaim. A teenager (Ashley Hinshaw) takes the money she earned for a photo shoot and runs away to San Francico, where she catches the eye of both a lawyer....

“Salvation Boulevard” starred Oscar Winners Marisa Tomei and Jennifer Connolly in addition to A- List veterans Pierce Brosnan and Ed Harris. A man (Greg Kinnear) becomes the target of a fundamentalist preacher's (Pierce Brosnan) minions after he sees the preacher accidenyally shoot an...

Turner produced, co-starred, and wrote the film “Video Girl” starring Meagan Good and Academy Award nominee Ruby Dee. The screenplay for “Video Girl,” was recently accepted into the Academy of Motion Pictures Library and is on display in their exclusive archive. After a knee injury, an aspiring ballerina (Meagan Good) lands a glamorous new career in hip-hop, but soon finds that fame has a dark side.

A husband comes home early on his wedding anniversary and finds his wife in bed with another man. The lovers quickly learn how far a jealous husband...

Turner produced and starred in the popular indie comedy “Dysfunctional Friends “which premiered at both the SXSW and ABFF Film Festivals respectively. “Dysfunctional Friends” stars Turner, Meagan Good, Stacey Dash, Stacy Keibler, and NFL Icon Terrell 'T.O.' Owens in his acting debut. Nine estranged pals have to spend a weekend reconnecting and working through their issues at a deceased friends's estate so they can colect their...

'Growing Up Hip-Hop' is currently in it’s third season staring Angela Simmons and Romeo for the WETV Channel. Datari serves as the shows Creator and Executive Producer. Growing Up Hip has turned into a lucrative franchise and is currently the highest rated television series on WETV. Growing up with fsmous parents isn't easy, as the children often have to work hard to emerge from their parents' shadows and gain independence...

Growing Up Hip-Hop Atlanta , the first spin- off from the franchise, premiered last year to ratings records.

“Kilimanjaro” starring Brian Geraghty and Abigail Spencer premiered at SXSW in 2013. After his girlfriend moves out, a man (Brian Geraghty) decides to climb Mount Kilimanjaro as step one toward living a more fulfilling life

The dark comedy 'It's a Disaster ' produced by Turner,opened in theaters in April, 2013 and was rated one of the 5 Best Independent films of 2013 by the Huffington Post. 'It's a Disaster' starred Julia Stiles, and America Ferrera. Four couples having Sunday brunch become stuck together in a house when they learn the world is ending

Lisa Raye stars in her own reality show along with her daughter kai.

“9 Rides” produced by Turner premiered at the SXSW Film Festival to critical acclaim. A Uber driver gets life-changing news while on duty.

'A Girl Like Grace' produced and co-starred in by Turner,stars Meagan Good, Raven Symone and Garcelle Beauvais, premiered at the LA Film Festival last June. Seventeen-year-old Grace (Ryan Destiny) has been raised by her single mother (Garcelle Beauvais), Lisa, in a rather dysfunctional enivironment...

Turner produced, co-wrote and co-starred in the film 'Lap Dance' starring James Remar, Mariel Hemingway, Briana Evigan, Omari Hardwick and LisaRaye. A woman(Ali Cobrin) becomes an exotic dancer to help pay her cancer stricken father's medical bills, but once she gets a taste of the enchanting...

A Katherine Heigl film 'Jackie and Ryan' premiered at the 71st Venice Film Festival. Turner is Associate Producer on Jackie and Ryan. A chance encounter leads to romance between a down-and-out , former country-music star (Katherine Heigl) and a guitar-strumming drifter (Ben Barnes)...

'A Girl Like Grace' produced and co-starred in by Turner,stars Meagan Good, Raven Symone and Garcelle Beauvais, premiered at the LA Film Festival last June. Seventeen-year-old Grace (Ryan Destiny) has been raised by her single mother (Garcelle Beauvais), Lisa, in a rather dysfunctional enivironment...

Turner produced, co-wrote and co-starred in the film 'Lap Dance' starring James Remar, Mariel Hemingway, Briana Evigan, Omari Hardwick and LisaRaye. A woman(Ali Cobrin) becomes an exotic dancer to help pay her cancer stricken father's medical bills, but once she gets a taste of the enchanting...

This John Stockwell thriller 'Kid Cannabis' was premiered at the 71st Venice Film Festival. Turner is credited as an Executive Producer on Kid Cannabis. A high school dropout and his 27-year-old friend smuggle marijuana across the Canadian border to make money...

The Neil Labute film 'Some Velvet Morning' starring Alice Eve and Stanley Tucci, premiered at the Tribeca Film Festival in 2013. Turner was an Executive Producer on the Neil Labute film. Several Years after they parted ways, a woman(Alice Eve) receives about a surprise visit from her former lover (Stanley Tucci), who arrives with suitcase...

Gook, a story about two Korean Kids who protect their shoe store in South Los Angeles during the L.A. Riots in 1992, won the prestigious Audience Award at the 2017 Sundance Film Festival and was acquired by Samuel Goldwyn for theatrical release in August, 2017. Eli and Daniel , two Korean American brothers who own a struggling women's shoe store, have an unlikely friendship with 11-year-old Kamilla. On the ...

Datari Turner is currently producing, writing, and staring in 'Supermodel' a film about the fashion industry which also stars Tyson Beckford, Sessilee Lopez, Roger Guenveur Smith and many others. A young girl from Brooklyn learns that in the world of high fashion things will not always be as glamorous as they seem...

Though she's been groomed for stardom all her life by an overbearing mother (Minnie Driver), singer Noni (Gugu Mbatha-Raw) is having trouble dealing with her success. Feeling unable to cope any longer, Noni tries to kill herself, but luckily Kaz (Nate Parker), the police officer assigned to be her b…

Derek's road to success is clear until he meets an unexpected detour, he falls in love.